By James A Jenkins , BCETS

What is New Civil Rights Era? Frankly, it is about government in today America attempting to turn back the clock to a time in America history I was not a true American citizen. I was born 3/5 like most of my older family. The 1964 Civil Rights Act changed that. Then came the Voting Rights Act in 1965.

Actions taken, which was peaceful most of the time was conducted by people of goodwill. There were casualties. Change happen due to laws changing. I became a true American citizen due to these laws. Sadly in real time I have lived a life enduring moral attack since then. True freedom has escape me.

Supporters of Whang Communication Production are seeking to promote “Legal Action Advocacy.” Problems with employment when disable. Driving while Latino or Black that produce incidents that developed from violations to criminal charges. Obtaining affordable housing.  A good education in the public sector. Equal pay for women. ” Military Veterans and Public Safety officers rights. Health Care for all. ” These are American Social Justice issues today. When incidents developed take legal action/s.

The laws for protecting your rights are in place, the battle won in some cases. Know this, “there is always going to be a war and battles to win for those of us who seek equal rights.” Southern Poverty Law Center state there are groups of people who have the ability to say no. ” Not in my house, not in my backyard. Not any place or anytime. ” Of course they have that right. As long its is conducted in away that is legal nonviolence. This is what makes America. Note, this did not happen during the “Capital Building Riot” on January 6th 2021.

” Recent events nationwide is proof we must become proactive to protecting what we are, Americans”. If we do not we all are going to wake up one morning and find its all gone. I am continued student of world history. very aware of world history repeats.  History states,  you will find, great societies that developed some of the same problems we are having today in America.  Economic and cultural, months later their government changed without their input. Change can happen overnight. Has it already?

We live in the “Eco, Information Age” functioning under the ” Great Divide” Our recent election period is proof of that. The problem is misinformation is information. Stigma and misinformation has always been the communicator tool for the Great Divide since America Civil War.

“Believe none of what you hear some of what you read and half of what you see.” Just maybe with proactive activity on your part you can stand your ground. The New York Times Magazine Published project 1619 presented a images of an painful struggle to obtain civil rights for Black Americans. This body of work open to the world, noting Black America has a problem. It is our American problem. That in short time, must be addressed.

Blog Sites all over the world will be addressing issues relating to the New Civil Rights Era. Maybe world passion can help?

Bloggers have become a media source, most main stream media have blogs. We will attempt to hold the true law of journalism, print evidence base opinions and reports. WCP is unable to post many article. Small freelance media. Who at times is under attack in ways I can not discuss. Trust we are following the rule. We will try our best to point out what The New Civil Rights Era is in the coming months and ask your input.

Thanks for stopping by and continue good health. “We are no longer a new Blog. Just one attempting to stand.

Coverage of Veteran Day New York City Fifth Avenue 2018. Featuring the U.S Army … This detail did not have women. However, women are a major part of “Military Service.”

This Is My America

This post was compromised today you may see a misspelled word or two. The world we live in.

Its been sometime since we have posted updated information to this blog. The reason we have been doing our homework and have come to understand ” the people better start to pull together not as political party members but as Americans citizens.” In case you forgot, We the people of the United States, in order to form […]

via This Is Not A Commentary — Whang Communication Production

Waiting to see if the new administration health care program can save lives.

This is a old post, I am still waiting for a true Healthcare system that all America can say I agree. Maybe then I will have something to write about.

We have been unable to post a story for months due to technical reasons. Looking forward to starting this Spring. Until then I am still on Facebook. Whang Communication Production page.

Today anyone can make up an accusation or allege inappropriate conduct about a person.  Misinformation has become the main frame to discredit individuals, companies, members of the media, even our …

Source: Don’t Give America Away 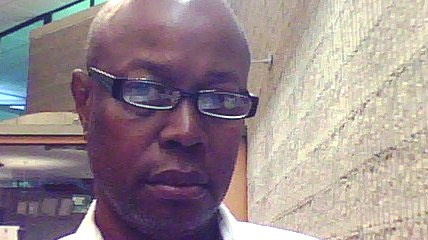 BY James A. Jenkins Jr.

Today anyone can make up an accusation or allege inappropriate conduct about a person.  Misinformation has become the main frame to discredit individuals, companies, members of the media, even our country leaders, among others.  Cyber attacks, your co-worker hearsay all are apart of the New World Order. We live in the Information  Age, the problem misinformation is information. Does not sound like the United Sates, my fellow citizens it is the United States. People are not being held accountable for not truly understanding  the rules and their role in maintaining a great nation.

We still have people from all over the world flocking to our country asking  can we become Americans. Can we work hard hold our family dear and some day say we are American Citizens ? Like all countries, there are  contradictions of laws and social structure. Having noted that we must review how our progress in the world is causing huge problems. Technology has already taken away all aspects of our constitution.

Democrats and Republicans conventions are over now. The nominees have presented their case as to  what they can do for us. No candidate spoke of how they can restore our civil liberties. The reason why, they cannot do it alone.  Only you and I can rebuild our lost liberty.( The parents of the fallen US Army soldier held a copy of ACLU pocket guide for The Constitution.)  They can lead, but we must use the laws that are available  to protect us. Not look away when the other guy takes a hit. If wrongdoing develops in your life stand for what’s rights. The laws are there to protect you. Don’t just go on twitter. Write a letter to your representatives, local state federal.  Hold them accountable to your cause, complaints wishes.

The history books have many countries who populations look the other way. It’s not me, not my problem. One such country was Nazi Germany. No major body did anything during the period from 1926 until 1933 after which the party control Germany.  Our present social and economics problems demand input, trust, patients. This is not a commentary posting.  All hands on deck  for a better America. Become proactive for whatever cause.  for if we procrastinate, freedom can slip away. It can happen like lightning. Don’t give America away.  Thanks for stopping by and continuing good health. ( James Jenkins Counselor Emeritus, Freelance media New York Press Club)