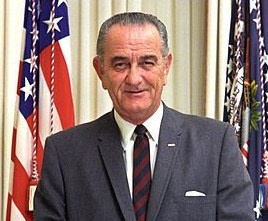 LBJ was the second President who directly supported increasing the citizenship of Black Americans. Prior to his intervention and prompting congress to pass the U.S. Civil Rights Act of 1964. American Blacks were only 3/5, American citizens. The world was taking notice, ” is America truly a country were all men and women are equal.” We seem to be still working on that. Thanks to all the brave citizens who stood up to domestic terrorism, along with world opinion. This was the force that produced change more than sixty years ago.

President Obama stated during his address at the National Action Network  convention in New York City, Friday April 18th. We must become motivated and proactive to protecting our gains as citizens for there are elements in our country that would like to turn back the clock.  It is up to you, the citizen to maintain voting rights among other civil rights laws pass over the years.  The message is out. Thanks for stopping by and continue good health. (this posting was updated and blog again)