We have been unable to post for the past five months due to being ignored. Conducting an investigation into wrong doing and misconduct, I have been under attack.

Attempts to obtain information from local and federal agencies has produce lost U.S. mail request, FOIA as well as compromise personal emails for a number accounts. There are other incidents which need not be posted at this time.

This tell me I must be in the right space. However dangerous I will continue my effort to bring correct  evidence base information which represent  tort activity by local, state, federal employees and management relating to public health.

I welcome your input and sense of community proactive caring by contacting this media person. It is your support in this area that will produce true results.

Wishing a proactive new year, 2016. No matter who you are, your creed, your moods, your thinking, your motivation. Do something to better our America. Truthfully, most of the social problems producing stress in all our lives can be corrected, if you, yes you, just take action. Write old fashion hand written letters, mail them to our public officials, community leaders, and request a reply. “People”  this is how we move during the Industrial Age to the Communication Age.  Writing Therapy of sort. Post them in Social Media.  Trust me ” people” good will come from it. If not good then interaction of some kind. The play makers need to see volume. Lets make them work for our votes. Continue good health and thanks for stopping by.

Another attack on innocent people, frankly, what can we do as citizens to protect the greater community from individuals who in this case prepared and plan today attack ? Wednesday evening I attended a Gala Benefit at New York City Center. The program was great as always, Alvin Ailey American Dance Theater. All I could think about while reviewing the wonderful looking people attending, maybe here. However the great performance kept my negative thinking on the back burner.

The Opening Gala brought out some of New York City premier benefactors among other supporters. I had the opportunity to meet in person New York City first lady Ms Chirlane McCray. We discuss briefly, the Thrive Program and my need to become a consultant base on my work as a advocate for military and public safety personnel with mental Health Issues. “I have stated time and time again. Education and proactive activity can curtail incidents that appear to be produce by person/s who are mental Ill.

Lets obtain the facts before we stigmatize mental Illness once again. Request supporters of the mental health community to review ” Pick A Veteran To Treat Facebook.”  Review about, maybe by partnering we can prevent” Kill Wednesday.”

Evil, the adjective, morally wrong, bad, wicked, harmful, injurious, profoundly immorality, in-balance behavior. The Southern Poverty Law Center reports documents 784 active hate groups in America. Their members dislike, some hate, Black people,Latinos, LGBT, among others Americans. These members can produce deadly results when confronted. Extremism come in all races. There at least 113 Black Separatist groups. Some are overt others are covert actors who have members in the greater community. I am not going to weigh in posting information relating to recent workplace violence incident by a former member of the media. (who was a black male)

Once again, main stream media, “he was a crazy man who was mentally ill.” Of course this individual had personal issue/s which prompted his behavior.  However, we, by that I mean all media. Must stop these open attacks on the mental ill community. Most person with mental illness do not go and buy guns and seek out people to kill.  This stigma reporting should stop. Defining mental illness is a long process. Poverty, lack of education can produce emotional elements of behavior, often these people are just what they are, and not mentally ill.

Which bring me to the real issue, Evil. There is evil in this world, it is a force, just like all natural disorders. Guns in America are not going away.  Gun control, how much more can government do. The laws are there. Keep in mind when we became a free nation we did not have to send or request guns from other nations. The citizenry maintain weapons an Army was form the rest is history.

Mass Killings, Workplace Violence, Movie House attacks has become a part of our way of life. Comment, all we can do is address the possibility that force of Evil is around us. Not think about daily, not blame the mentally ill when it develop.

Thanks for stopping by and continue good health.

The VA Choice Program is not getting the job done. We are Pick A Veteran To Treat Facebook.com.  Requesting the private Medical,  Mental Health community to weigh in, pick a veteran to treat. Award a veteran in your area sliding fee base on income for a session or exam. Monthly payments for treatment and labs. Older veterans face many challenges traveling to VA Medical Centers. The private sector can help.  Professionals contact via message, lets discuss having a real choice. Thanks

”  You said, I saw two a few minutes ago. This media person must have a serious problem. ”  Let me explain why there are no more COPS. COP, constable on patrol or community oriented policing. That the real meaning for cop.  Primary duties, protection of the people and property in the area they are assign. In some place this relates to being off duty.

What we have now are Police Officers, Peace Officers. These men and women take on society problems as they develop in real-time. Emergency, domestic disputes, gang shootings, these are the incidents that can prevent a PO from coming home this night or any other day. There are others who make up the body of law enforcement. Detective, Court Officer, investigator, Crime Specialist, Emergency Units, Correction Officer. Designated Peace Officer some who are arm volunteers. Even the sometime hated Marshall and their Deputies, Parole Officers among others who are to implement the rule of law.

Major media coverage has presented vivid picture of Police officers abuse around America, and the general public is asking why?  One reason there are no more cops. PO who knew your name and you his. Officers Joe, Bob, even officer boop. For he would hit you with his night stick to let you know you must follow their direction. Not hurt you that’s why he was officer boop he was given a nick name.

The “Job” is hard work these days as it has always been.  We must find a balance between the greater community and Police Officer the Peace Officer. COPS are long gone in most communities. How we can make the Police Officer COP presents a bigger Q&A I cannot answer at this time. Understanding who they are can be a start. Police management and supervision has a place in cooperation for a better America, for the situation is national. James A. Jenkins Jr. is Counselor Emeritus, an educational provider NYSOASAS 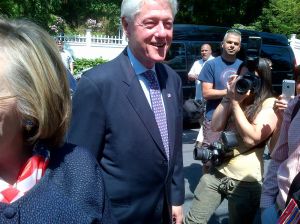 President of the Clinton Foundation. Who came together today to honor those who “lost their lives” defending who we are as a nation. Understand,no American military personnel gives their life to anyone, it is taken. Commentary RIP my brothers and sisters this posting is to 22 men I served with who did not return home. 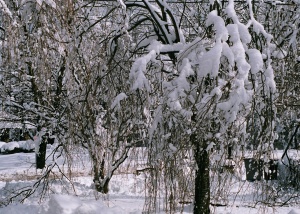 April 25th 2015, no more snow but those wins whipping around the corner feel like it could any minute. Not to worry Spring weather will get here. My problem being a black male will I live to see the flowers.

WCP is not a daily Blog, there has been so many incidents covering issues in the New Civil Rights Era we decline to post follow up due to the great coverage by mass media, both electronic and print. In the coming months WCP will however bring to the table material which is not main stream, which will produce thought. Hopefully proactive activity by those who review our Blog. Thanks for stopping by and continue good health.

By James A. Jenkins, Counselor Emeritus

Recent investigation has produce evidence vehicle and traffic law has become the tool to criminalize a good portion of the greater community. Police officers can place a person in jail or prison with harden felons sharing the same cell. I think we all can agree traffic laws and public safety are paramount in maintaining a structure modern society. I interviewed public safety personnel who have stated traffic enforcement is first on their list. They conduct a vigilant approach while on duty towards violators of traffic laws, paying special attention to Drunk Drivers. The courts have develop a legal process that can make one think twice about breaking traffic laws. Mushrooming fines, Surcharges, Drug Education which the violator must pay for. Device fees, loss of one privilege to drive a motor vehicle all to get violators attention. Which for some citizens can be address by obtaining a good attorney.  However, your attorney cannot stop you from being arrested, booked, finger printed, photograph and charged with a criminal act.

In some area of the country people are unable to pay their fines and warrants are place for their arrest. Already disadvantage this may mean, lost employment and serving a sentence. Now you have an arrest record.

This is where the criminalization forms. open court, in some cases media coverage, community service, loss of employment. ” let the whole greater community know you violated the traffic laws”. Ever attempt to dispute a parking or moving violation ticket, numerous phone calls and time in court. In most cases the citizens does not fare well. These days arrest can be posted on the internet for all to see. Reviewing these cases,  action taken by police officers were questionable. “I am not for a minute, stating citizens who violate traffic laws should be given brakes or let go because their good citizens, law enforcement must do their job. I am asking, you the citizen, why must the legal system allow what may be a one time occurrence follow you for the rest of your life. First offense, employers should not be able to hold your violation against you. Yet there is situation were person are let go. We need balance, the Justice Lady scales are off greatly. High, low, if you have money for good legal representation the scale is high, low if your poor. We are not perfect people at some  point in life we fail, maybe we can get the courts to understand. My guess in twenty yrs we all will have some type of police record. This is a edited blog. Today report by Department of Justice, Ferguson Mo. produce evidence not just this small American town has a problem the pattern is national. Westchester County New York among others are conducting the same targeting activity as Ferguson Mo. I will be working to address these acts of color of law.  Thanks for stopping by and continue good health.