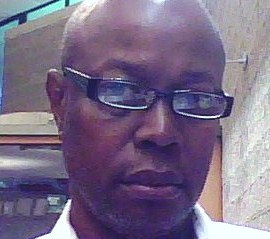 By James A. Jenkins, Counselor Emeritus

Recent investigation has produce evidence vehicle and traffic law has become the tool to criminalize a good portion of the greater community. Police officers can place a person in jail or prison with harden felons sharing the same cell. I think we all can agree traffic laws and public safety are paramount in maintaining a structure modern society. I interviewed public safety personnel who have stated traffic enforcement is first on their list. They conduct a vigilant approach while on duty towards violators of traffic laws, paying special attention to Drunk Drivers. The courts have develop a legal process that can make one think twice about breaking traffic laws. Mushrooming fines, Surcharges, Drug Education which the violator must pay for. Device fees, loss of one privilege to drive a motor vehicle all to get violators attention. Which for some citizens can be address by obtaining a good attorney.  However, your attorney cannot stop you from being arrested, booked, finger printed, photograph and charged with a criminal act.

In some area of the country people are unable to pay their fines and warrants are place for their arrest. Already disadvantage this may mean, lost employment and serving a sentence. Now you have an arrest record.

This is where the criminalization forms. open court, in some cases media coverage, community service, loss of employment. ” let the whole greater community know you violated the traffic laws”. Ever attempt to dispute a parking or moving violation ticket, numerous phone calls and time in court. In most cases the citizens does not fare well. These days arrest can be posted on the internet for all to see. Reviewing these cases,  action taken by police officers were questionable. “I am not for a minute, stating citizens who violate traffic laws should be given brakes or let go because their good citizens, law enforcement must do their job. I am asking, you the citizen, why must the legal system allow what may be a one time occurrence follow you for the rest of your life. First offense, employers should not be able to hold your violation against you. Yet there is situation were person are let go. We need balance, the Justice Lady scales are off greatly. High, low, if you have money for good legal representation the scale is high, low if your poor. We are not perfect people at some  point in life we fail, maybe we can get the courts to understand. My guess in twenty yrs we all will have some type of police record. This is a edited blog. Today report by Department of Justice, Ferguson Mo. produce evidence not just this small American town has a problem the pattern is national. Westchester County New York among others are conducting the same targeting activity as Ferguson Mo. I will be working to address these acts of color of law.  Thanks for stopping by and continue good health.